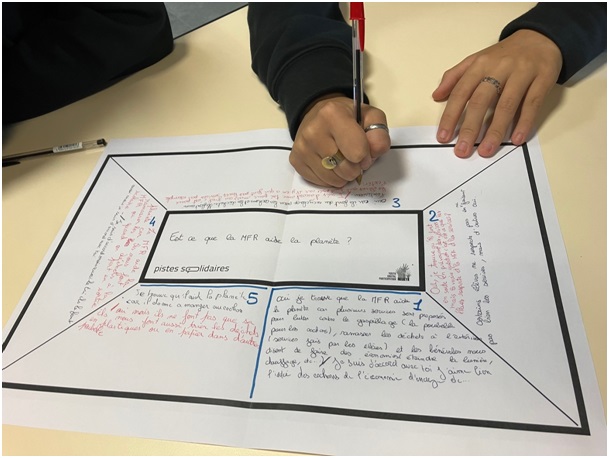 As part of our NEUEYT project, young people of the MFR of MONT – a school-like institution for young people in school dropout-like situation – and members of the board of directors debated deeply…….. but in silence!
Strangely enough, everyone had the floor, and their say, on a subject selected by the young people and which particularly affects them.

How does it work?
Take an issue, put it in the middle of the table and let each participant think about it (what are we doing for the planet, we waste too much food, discrimination is a daily occurrence…). Everyone is invited to write (in silence) their opinion, their idea, their questioning… to give free rein to their opinions in the box dedicated to them.
The silence continues…. It seems sometimes long, it isn’t… the pens are talking!

The operation is repeated until the participants find their starting square.

Opinions are exchanged according to the ideas and opinions of the others, and the debate of ideas takes place on paper.

When all the people have spoken, the exchanges are read out loud, to share the debate with everyone.

The transition from writing to speaking makes the young peoplerealize quite quickly that they have so many things to say! And show the stakeholders that when they let the floor to young people, they avec much to say!

In this type of debate, the participants feel free, even if it is difficult to start.

They all said that they could really give their point of view, and they felt involved in the debate.

The presence of political decision-makers in the debate did not limit the young people in their expression, as the space for (silent) dialogue is preserved.

The ideas of all the participants were respected, as the transition to writing obliges them to take time to reflect and formulate. The young people understood the place they could/should have in the civic debate. Participation is underway!

The debates continued and proposals for action emerged! 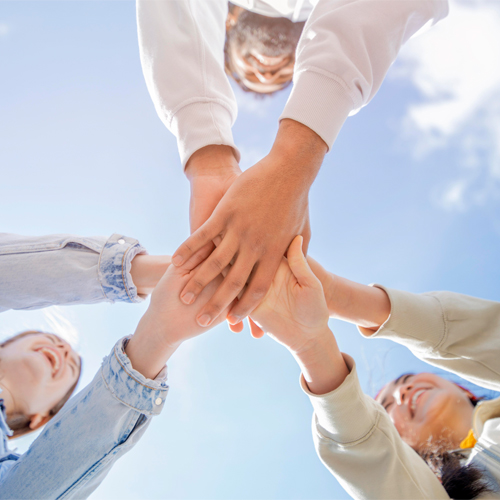